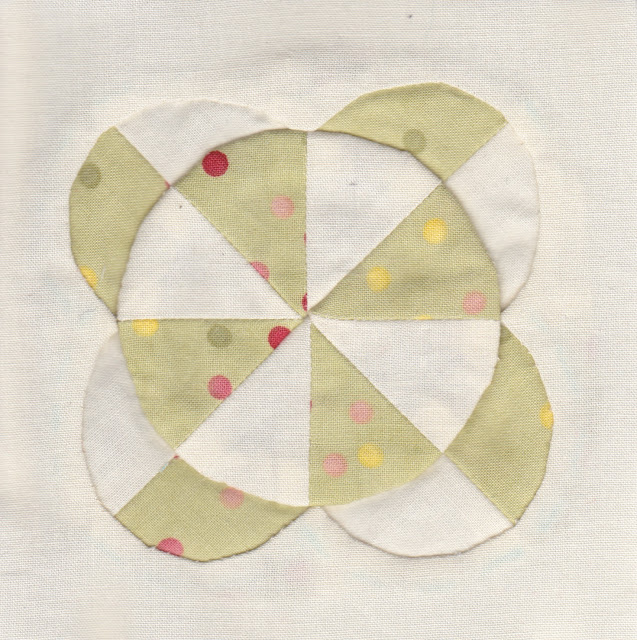 The method to make block B02 is the  base to this block.

The block is a bit fiddly but it’s not hard to make though appliqué is still a bit of a challenge for me and the curves aren’t very smooth.

The original block and the instruction ns on the pattern indicate that the outside clover shape should be made out of a 4 patch block but that’s not what I did.

I printed the Susan Gatewood’s pattern and stuck the outside clover together with sticky tape to make a pattern. I appliquéd this on top of the double pinwheel at the end. 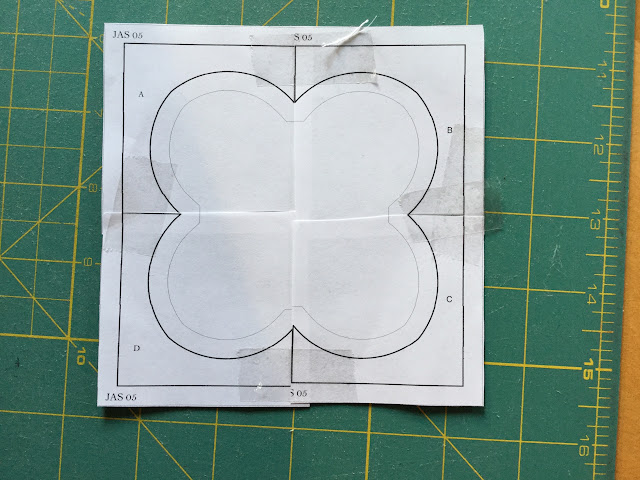 I cut off the paper inside the clover. 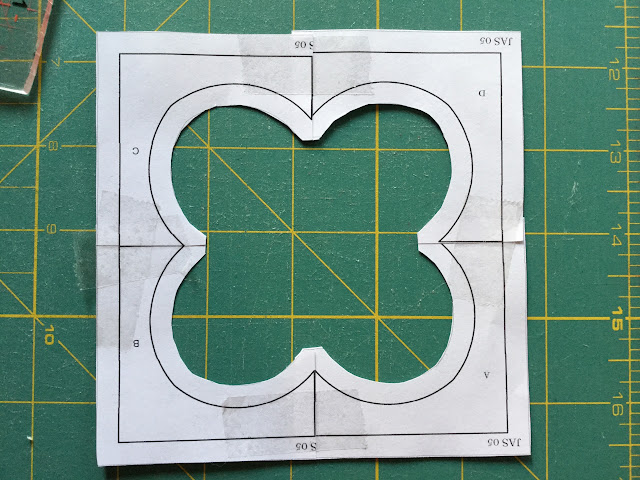 To work out the size of the circle, I used the pattern and a compass. 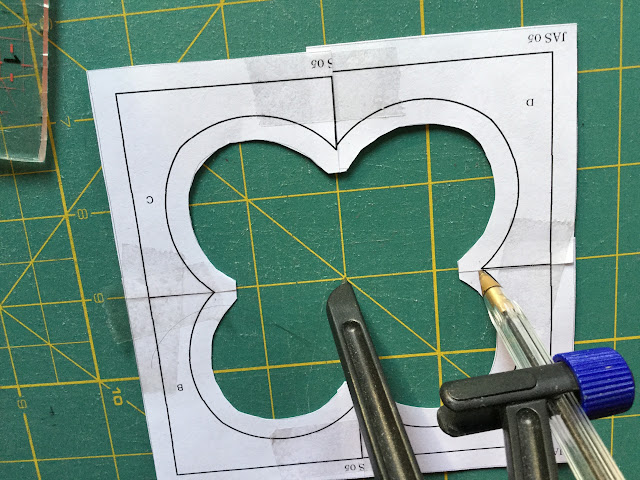 The circle’s diameter is 3 inches. I drew a circle on to freezer paper and cut out. 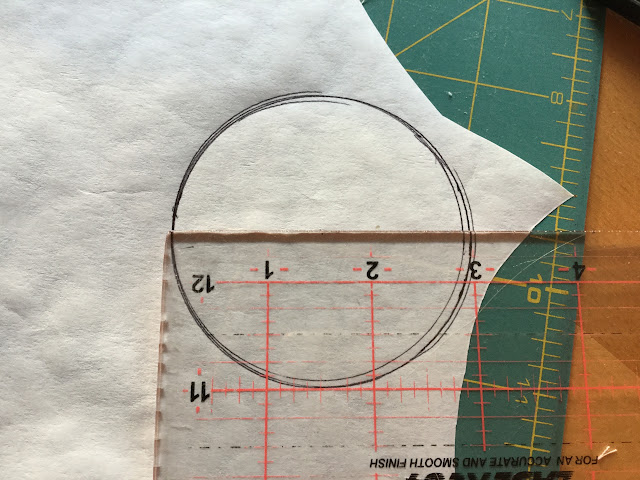 I cut the circle out and made sure it was wide enough to fit into the clover. 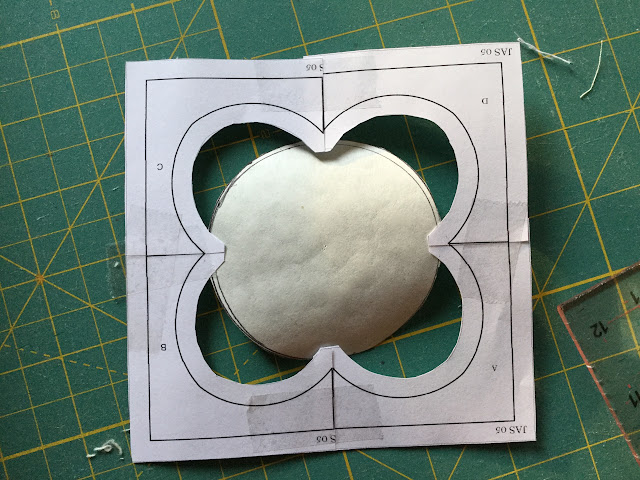 I pressed the circle to the back of one of the pinwheels and drew another circle around adding 1/4 inch seam allowance. 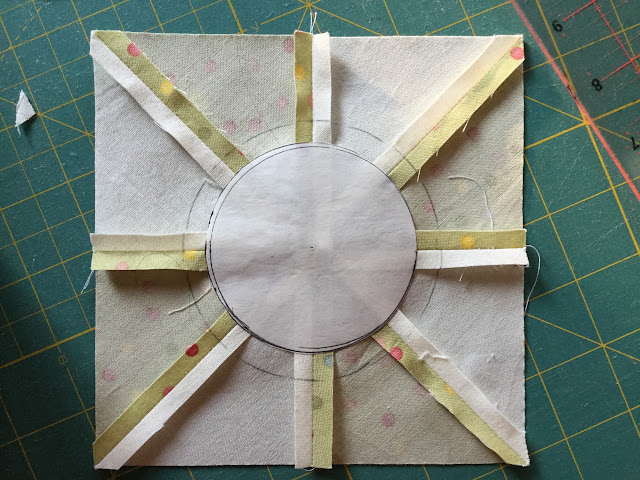 I cut out the shape and placed it on top of the other pinwheel as per picture. I used a headpin to help aligning the centre on both pinwheels. 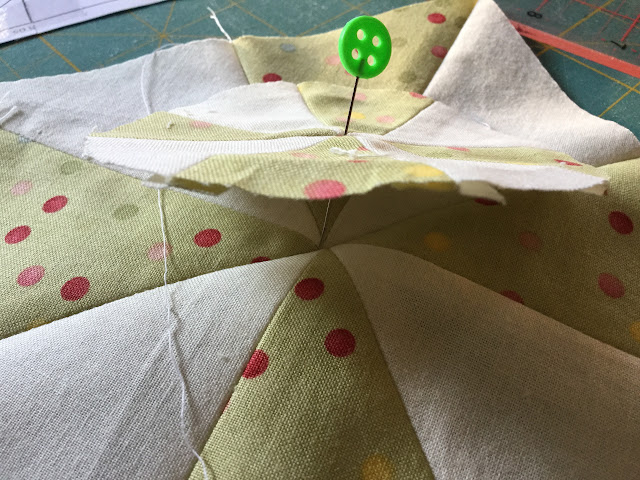 I pinned the circle well before appliquéing. 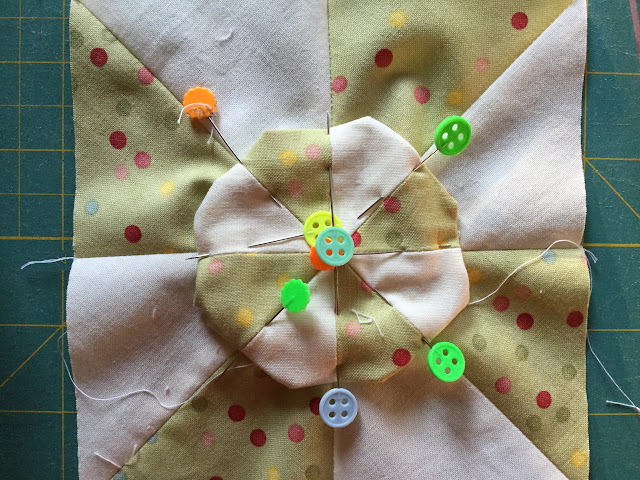 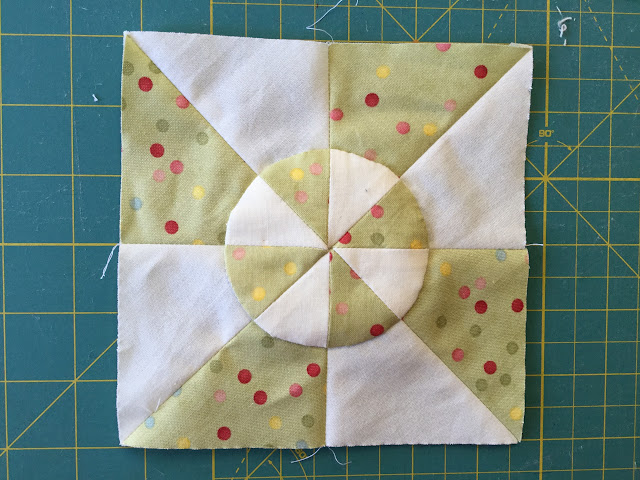 I cut out the excess fabric at the back.

Then I removed the freezer paper and pressed well. 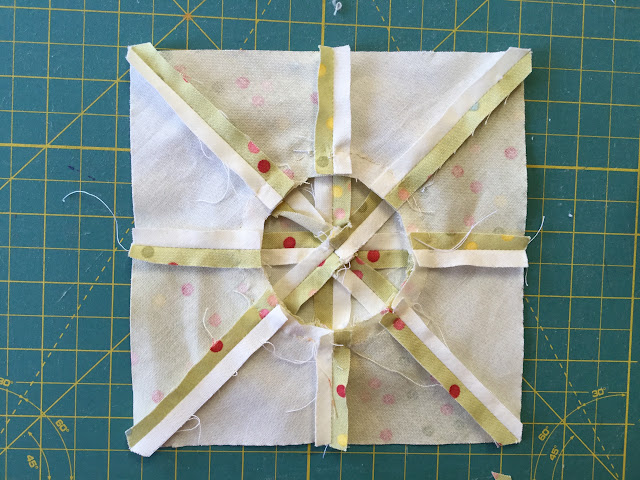 Then I traced the clover on to freezer paper. 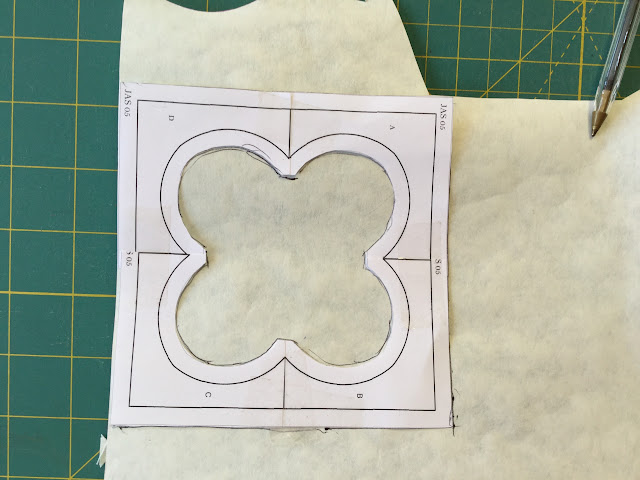 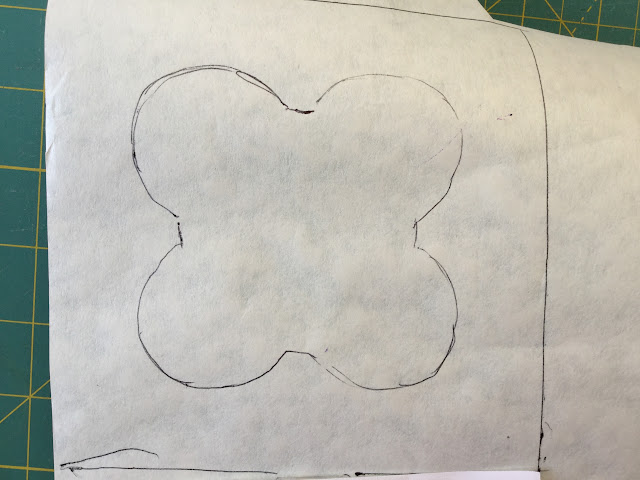 And cut the freezer paper adding 1/4 inch all around the shape. 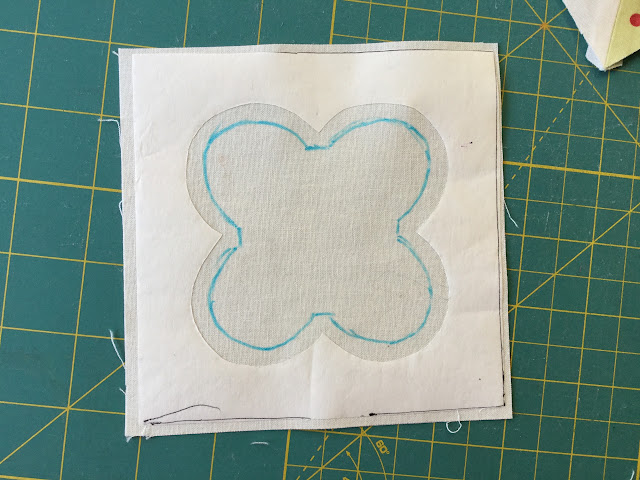 Then I cut along the blue line and made a few incisions around the curves. 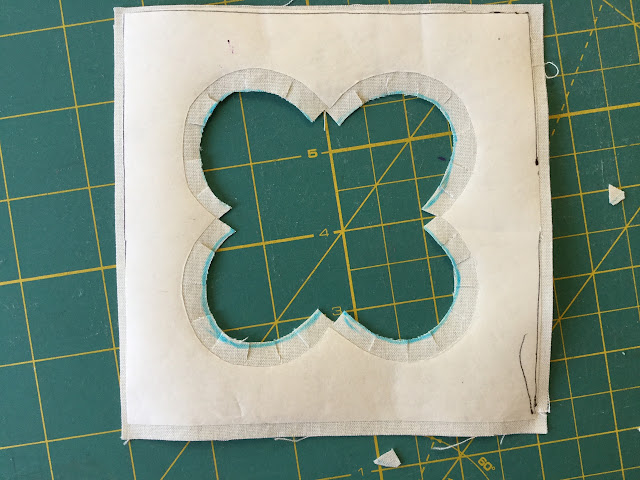 I then appliquéd the white shape to the background. 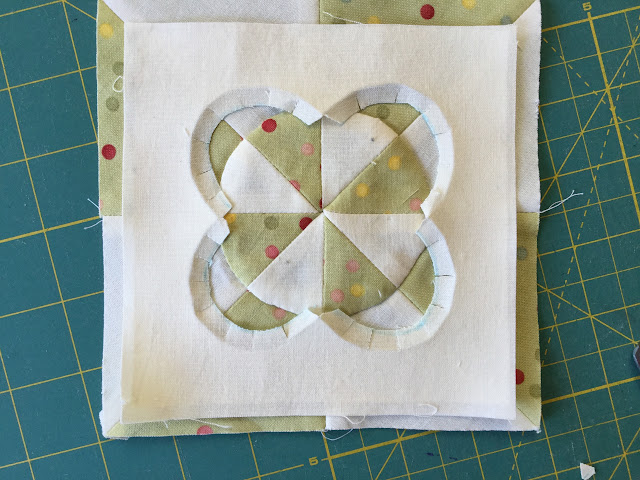 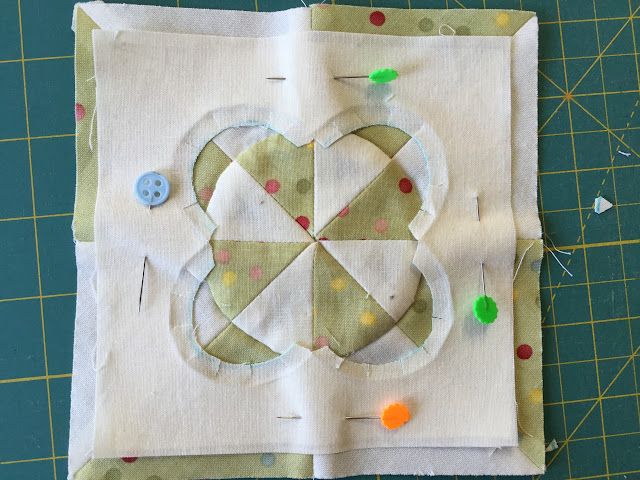 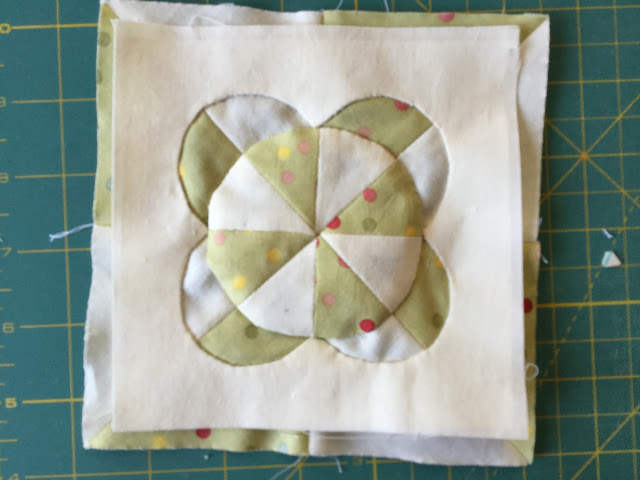 I trimmed off excess fabric. 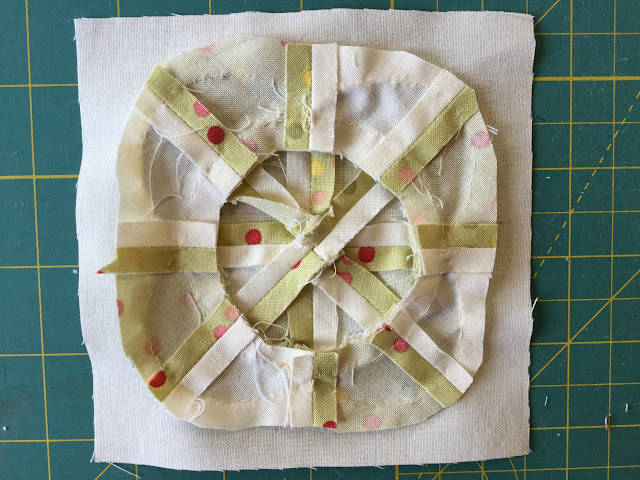 And this is the finished block.

Where to get the Jane A. Stickle Quilt patterns

Susan Gatewood’s paper foundation . All patterns are free though Susan says “I only ask that you consider making a donation to the Bennington Museum, in Bennington, Vermont. And if you do, it would make me tremendously happy if you would tell them that you have received help from me.” I totally recommend Susan’s patterns as they are very easy to use.

How to put all the Dear Jane blocks together with QAYG

See all blocks I’ve done together in a larger size.