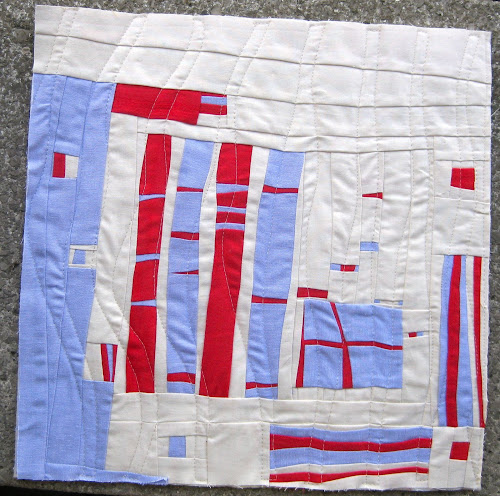 Almost all pieces are cut using a pair of scissors.

I started the constructions by cutting a long strip and then I cut them in sections at irregular intervals. Then I cut small rectangles to insert in between the larger strip sections. 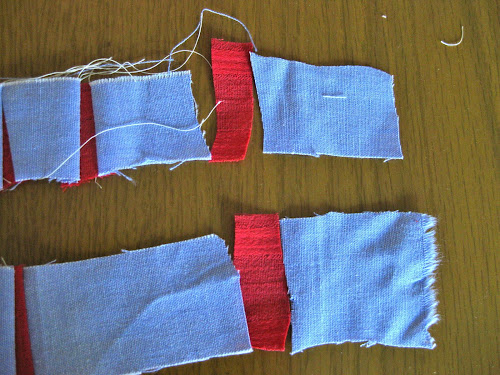 I stiched all bits together as per (this very bad) photo. 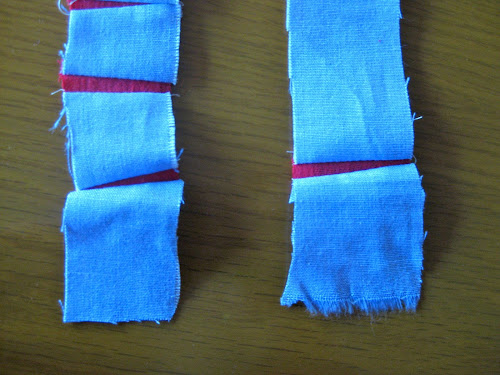 I ironed the strip and cut another white fabric strip. 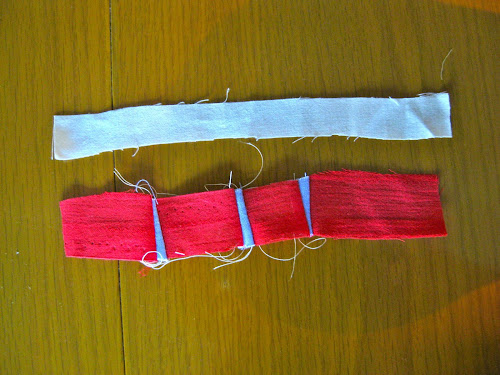 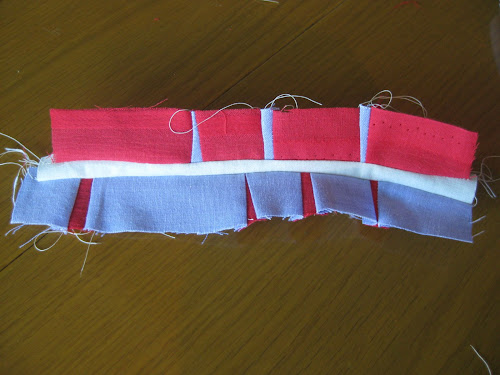 I continued to add strips. 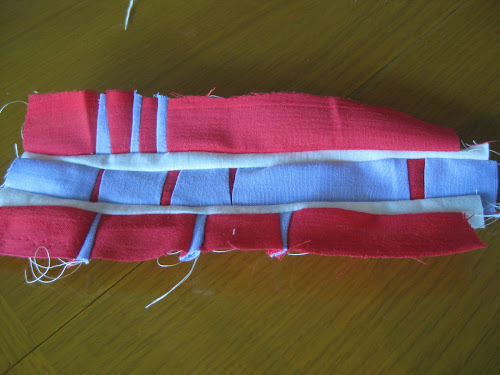 I ironed the pieces flat. 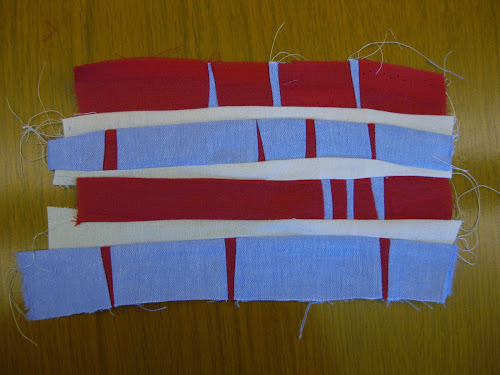 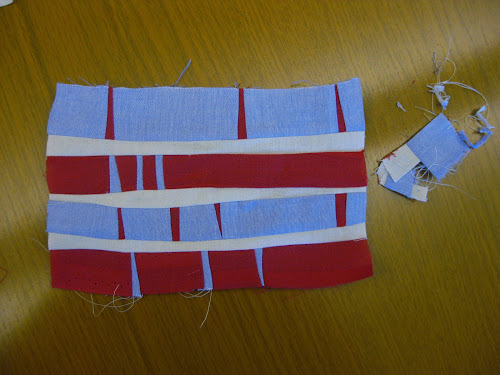 This is the next major block I constructed in a similar way as the previous section. I stitched two thick and wide blue pieces to a middle red narrow strip. Then I cut across and the resulting pieces were sewn again with another narrow red strip. 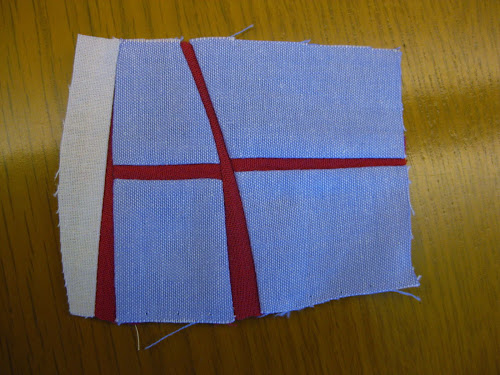 I also created another block in the same way as the coloured strips I did at the start. 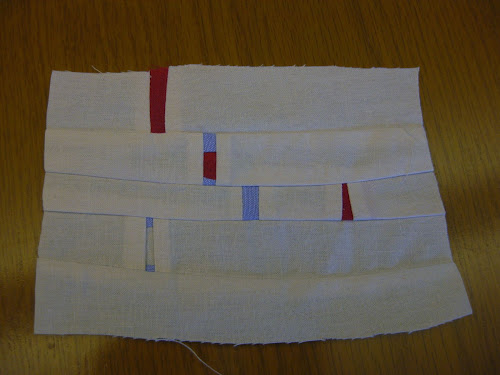 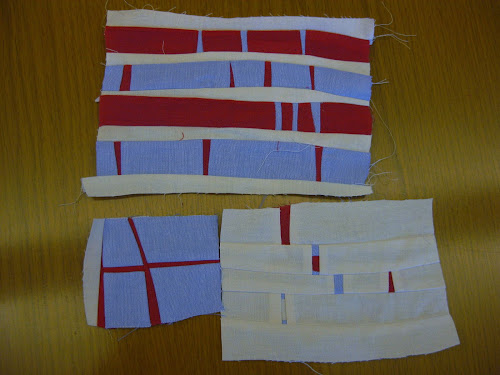 The white block was too wide so I trimmed it and used the trimmed piece to make the other piece larger so that both pieces could be stitched together. 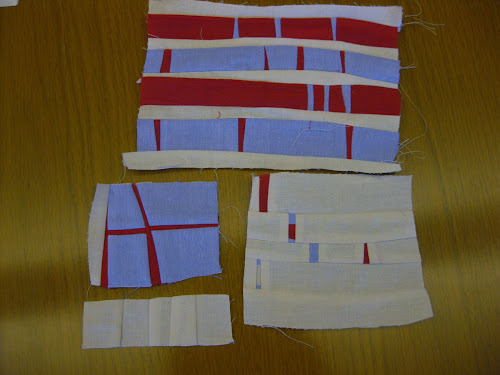 I stitched both pieces. 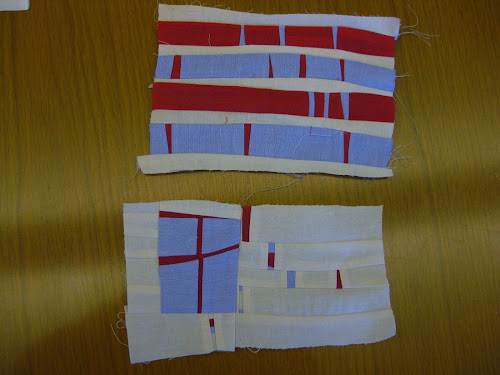 I stitched both sections together and started to build around it. 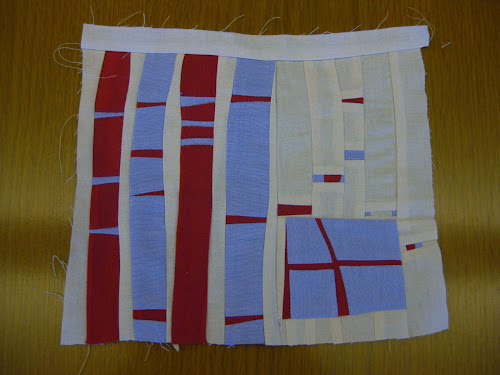 I made a few mini log cabin blocks too. 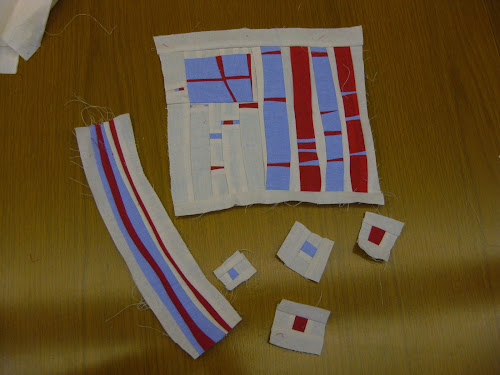 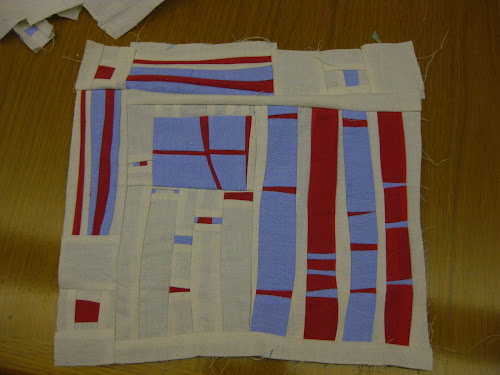 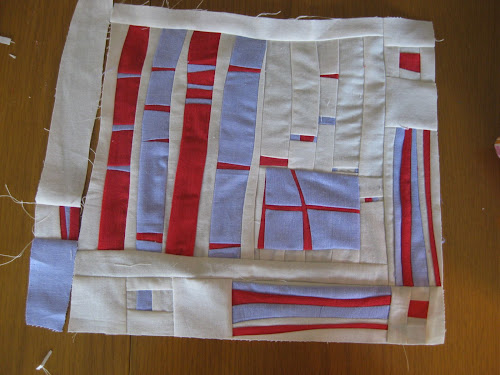 The bigger the piece the more uneven the sides get. 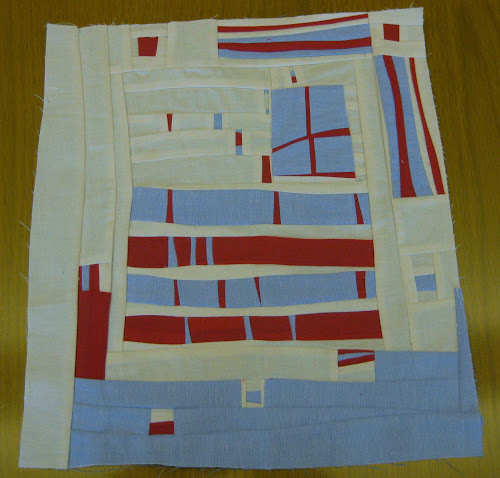 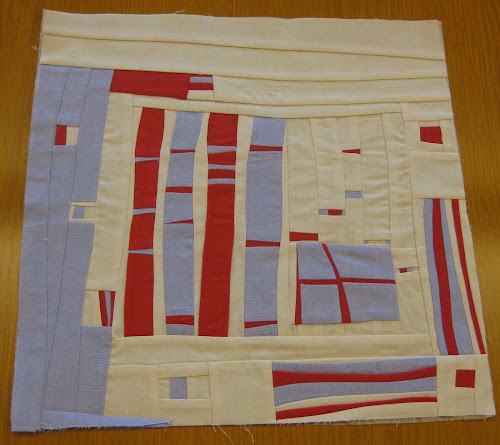 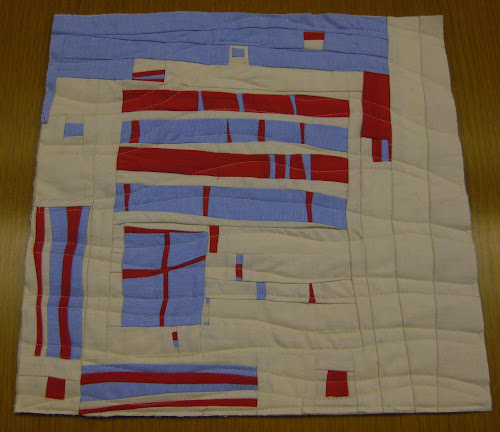 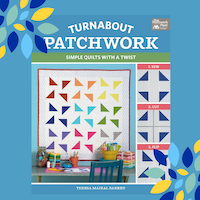