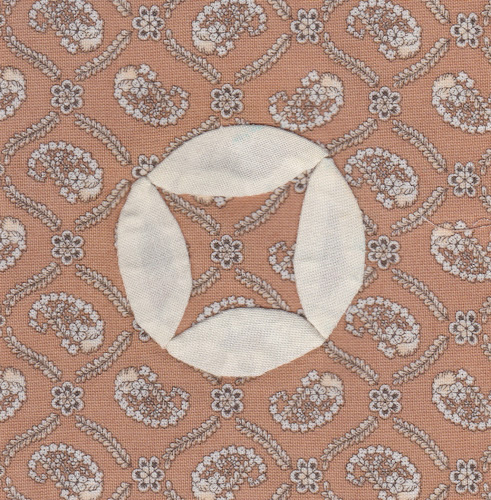 I am not happy with this block for obvious reasons. I think I will make it again.

While I’m familiar with applique -this is an applique quilt I made a few years ago-, this block is was beyond my ability I thought.

Susan rates this block as medium difficulty. My rating is HARD with capital letters. Not only the pieces are tiny but they’re arranged in a perfect circle!

At the end of the post I have added some applique advice.

How to make this block

Cut the base.  It is recommended that you cut the square a bit larger than the finished size. You will trim at the end. 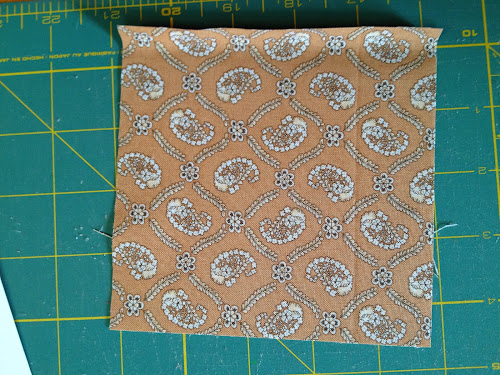 Find the middle by folding the square twice. 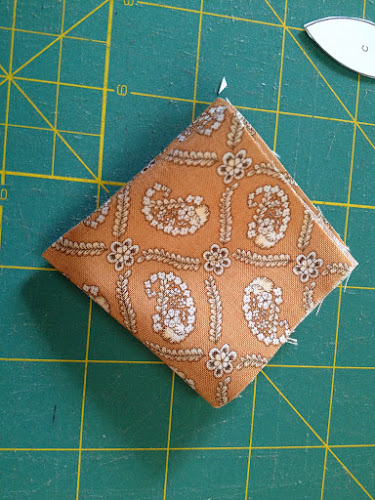 Pin in the middle. 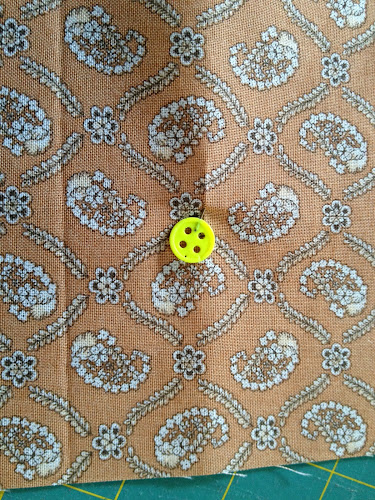 Now, what I did was to cut the paper pattern without the seam allowance and used it to draw the shape on the white fabric. 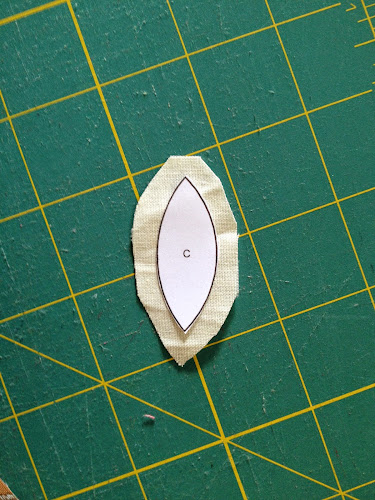 I used a water soluble marker. 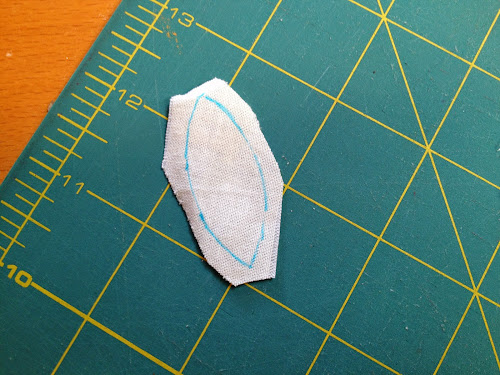 Place the wedges in a round and mark on each side using a compass. 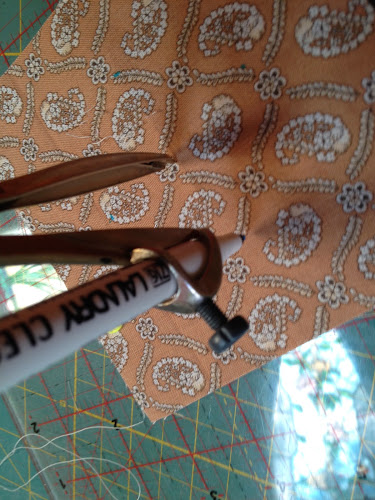 And then trace a full circle. 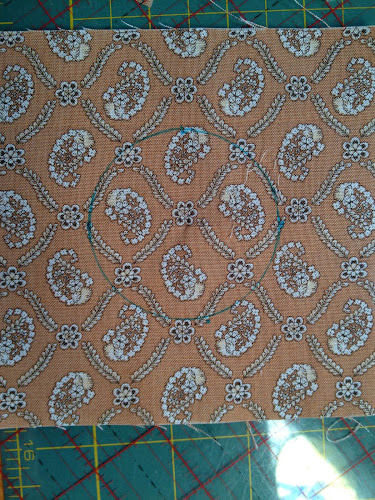 Using a ruler make 4 marks on the circle. The marks are where the ends of the wedges go. 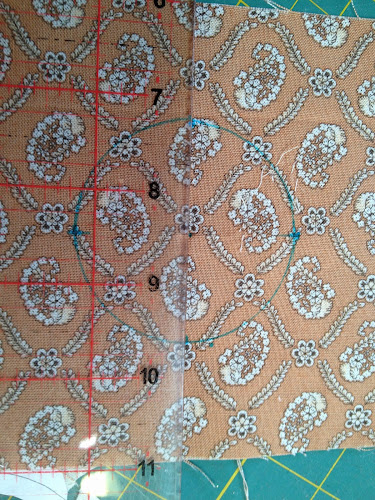 Now, making sure that edges are aligned start the applique… and do a better job than I did! 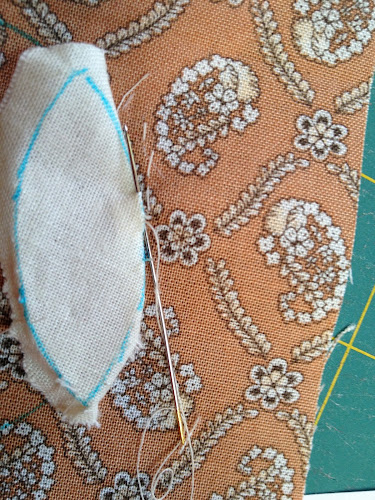 Tips on doing the appliqué

After the doing the appliqué not very successfully I did some research for future and I collected some tips from the Dear Jane website.
Templar heat resistant template sheets for appliqué templates instead of cardboard is better because templates are see through.
I saw a video with an appliqué method called freezer paper on top that looked promising but I haven´t tried it yet.
Other tips included trimming the seam allowance a little narrower at the pointy ends as well as using glue stick on the pointy ends by turning the edges and making a point and then applying glue stick to the pointy end on the wrong side of the fabric.
A toothpick can also be useful when turning the edge of the fabric before stitching.
Another interesting method I came across was tracing the pattern on the back of the fabric first. Then pinning the appliqué piece on the front and basting through the back along the lines so the basting lines would show on the right side of the appliqué. Then, with the basting line as a guide, turn the sides of the appliqué pieces in and stitch.
Reverse appliqué is another method that can be used.
For next piece of appliqué I´ll be taking some of the advice above and hopefully do a better job!

Where to get the Jane A. Stickle Quilt  patterns

Susan Gatewood’s paper foundation . All patterns are free though Susan says “I only ask that you consider making a donation to the Bennington Museum, in Bennington, Vermont.  And if you do, it would make me tremendously happy if you would tell them that you have received help from me.” I totally recommend Susan’s patterns as they are very easy to use. 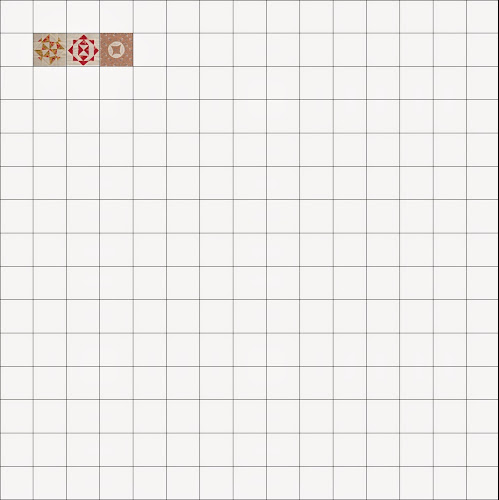